Desiree’s heart rate increased. She ached to hear more. “Why do flowers of sacrifice bloom the lunar year?”

“Poetic metaphor. Not mine originally, but it keeps begging for a personal explanation. This isn’t jive, Desiree. Flowers are nourishment for the soul. Sacrifices are offerings for atonement. Bloom means flourishing or coming of age. Lunar, having to do with the moon, one of the seven governors circling each month, the time between two full moons, twelve of them being the…”

“Lunar year?” An expression of skepticism swept across Desiree’s face. But your explanation doesn’t capture the beauty of flowers changing each month.”

“Okay, so you have some idea to where I am going with this. Jazz music is the best mediums for uniting us with our ancestors. We, those among us who understand, are caught up in that spiritual tidal swell. Are you in the mix?”

Desiree laughed, though she really didn’t know why. “Flowers, lunar moon, atonement; I’m wondering if this is all one big line of scratch, and you might be one big jive-turkey”

“Whew! Answer me and find out.”

“Do you know of any jazz musicians practicing yoga? Some probably do, I suppose.”

“Yes, Alice Coltrane, jazz harpist, Horace Silver, pianist and band leader. I am sure there are others. Why wouldn’t they? Isn’t yoga all about achieving what to the individual  seems unachievable by any other means except through meditation and a discipline?”

“Yes, but surely you are aware of the drug scourge associated with the grueling lifestyles of musicians, which has ruined so many beautiful people and careers. I don’t want to see the crippling effects of that, and I don’t care to be in that debasing environment.”

“Neither do I, Desiree. So let’s not stereotype. Come with me this evening and judge for yourself.”

“Jazz vespers at the Old Pine Street Church at six.”

“Maybe I can meet you there.”

“Have I earned the courtesy of a call if you opt out?”

“I think so.” Desiree gave him an assuring smile.

“Better yet, how’s about a stroll along East River Drive and dinner first?”

“Dinner with Mom and Dad today. Suppose I will stop by for you at, shall we say five thirty?”

“Forty-fifth and Spruce. I’ll be waiting at the corner.”

Right on time, Desiree drove up to the curb where Alan waited. Getting in, he  sneaked a peep at her tantalizing legs. She chuckled and drove away. After driving along cobblestone streets in historic Philadelphia, they entered the Old Pine Street Church sanctuary.  “My but this is an old building,” she remarked.

“Venerable churches smell dank like the earth after a heavy rain, or like time-fragile books locked in antique bookcases.”

Alan was coming on too fast. It annoyed Desiree. She couldn’t study him defending his convictions. “Alan, Reverend Duberry, it is a bit strange, at last to me that you, a kind of hard-nosed black minister likes jazz so much.”

“Me, hard-nosed? Well, if that’s what you see, I probably am. Yes, I do love jazz and for good reason, which I will gladly explain. Where would you like to sit.”

“Oh.” Desiree recognized his tact at masterful persuasion. “Wherever.”

“Right down front, center section where I can see the musicians’ hands, the expressions on their faces, and hear them drone as they create. Jazz vespers speak to a form of worship at the rising of the evening star. It is part of African-Americans’ intellectual heritage and germane to our claim to rights in the MLK Promised Land. Most likely, the minister here and lay persons understand the fine art as it pertains to evolution and spirituality. By tying the two, divine worship and jazz, spirituality grows. The two do not clash for those who really want to understand.”

“Alan?” Desiree snickered. “Are you off on one of your truth-seeking excursions again?”

While the musicians tuned-up, Alan explained how jazz pertained to evolution and spirituality. “Slavery did its best to rob us of our ancestral knowledge. It kind of like, went underground then reappeared as jazz. It employs the symbols in each artist’s ethnicity to convey impressions of the human soul. Individual expressions spring from a deep and mysterious necessity. Is that explanation worthy of your ear, Ms. Pierson?”

Desiree smiled acceptance. He certainly had his wits about him. Vespers began as she played with his name, slowly reciting it to herself until she felt comfortable saying it. “Reverend Alan Duberry,” she purred, suddenly realizing that he was deciphering every utterance. She cleared her throat. “I really don’t know you well enough to be sitting so close, and being mesmerized by the trio playing… What’s the title?”

“Miles Davis’ Blue In Green. It’s Miles choice of colors, and August’s moon color. Its emphasis is on appreciating the bursting colors of mid summer flowers, and the approaching harvest season. Blue of course, is February’s moon color of purification. Its implication is on loving yourself, and forgiving past errors.  It is addictive.” Alan chuckled. “Ah, the music, I mean. But Desiree, you needn’t hunt for a reason to be afraid of me.”

They sat silently, Desiree watching him from the corner of her eye, Alan attempting several times to hold her hand. The first session ended. They applauded and smiled satisfactorily at each other. Alan closed his eyes momentarily and looked at Desiree.  His eyes were full with contemplation.

“Flowers of sacrifice bloom the lunar year, Desiree. I am asking you to help me.”

“Find a way to redeem lost souls from the psychological bondage of slavery.”

“Uh-uh. God no!” Desiree shook her head. “I’ve been there, paid my dues, and for what? Once in a lifetime is enough. Sorry.” Then something clicked in Desiree’s consciousness. She thought of Yogi Mehturt. Tranquility would come as evolution’s requirements of her were revealed, accepted, and fulfilled. Like Martin Luther King, Jr., Desiree symbolized the Golden Rule. She had no reason to push Alan’s words away. Listen to him, do not let the ego interfere.

“You know the answer better than I.”

“How could you possibly know that? I am not a mirror.”

“No, but I believe the degraduation you endured made you something special. That freedom rider experience obviously changed you from something, probably from an average college student into a knowledgeable and fearless leader. We’ll talk some more after vespers, okay?”

Desiree hesitatingly nodded approval, and settled back in her seat. After and hour or so, the good vibrations ended. They joined the others in applauding. She sighed and murmured satisfaction.

“Care for some refreshments?”

“I know,” he said quietly, as they stepped out into the Old Pine Street night. “I believe your desire to love is buried under a rubble of protective disorder, but it is waiting. You, dear lady, have been identified for the cause of redemption.” 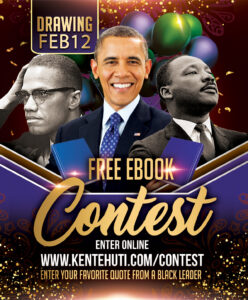