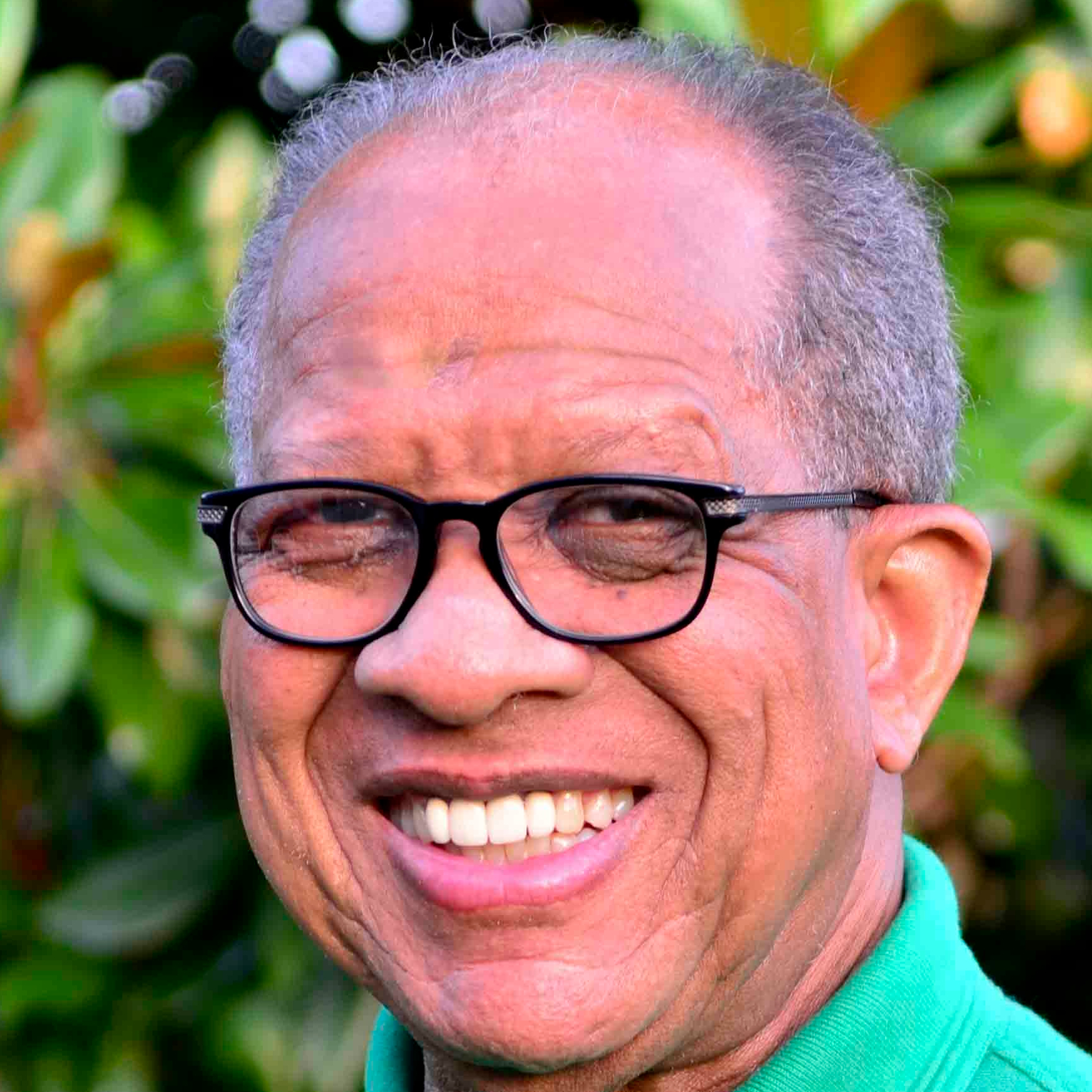 Harry W. Kendall,  90, a semi-retired journalist, writer and playwright. I was born into an extremity religious household. Not spiritual, but one as faithful to the doctrines of the African Methodist Episcopal Church as a fractured Black family could possibly be. My early childhood turned chaotic at age four. Mom was institutionalized, having been diagnosed with a mental condition. After several attempts to secure a suitable housekeeper, Dad became father and mother. We children, my two sisters and I, bear the emotional scars of a few female relatives whose endearing personalities wouldn’t appeal to slop-hogs.

Dad affectionately called me Sonny until I was about nine. I don’t believe getting older caused the gradual switch from cheerful Sonny to a guttural enunciation of Boy. Given that my name is Harry, each passing year his deep throated discontent increased my fear of him. After so many threats of reform school, I spent hours in abject misery daydreaming on what might happen to me. I didn’t understand the strain of fatherhood and motherhood wearing him thin. After work and an hour or so at supper with us, he busied himself in his garden among his prized flowers and vegetables. Darkness chased him inside. I now realize that was necessary therapy.

He never missed work. At six am every morning, including weekends and his days off, either the rooster’s crow or he awakened us. I often wondered, especially as I grew older and he inadvertently confirmed my thoughts. Did the struggles of chastity in his prime years, alone with my sisters and me every night, force upon him and resultantly us strict religious principles? I believe he was fearful of a vengeful God.

In later years, during one of those rare moments in which he revealed a bit of his inner sanctum, he discussed a covenant with God to live exactly as the perfect power in him expected.  In exchange, he hoped his life would be spared until the three of us became adults. I felt a closeness to him, a gratefulness that I wished I had known how to express. Even now, revisiting that brings on tender moments. On Sundays, he tolerated no loud behavior at all. I accepted without question the  prognosis that my mother would never get well. I couldn’t though, grasp Dad’s personal torment, which I sincerely believed triggered his perceived adherence to God’s principles.

I believe, the relief garnered from his garden retreats, raising chickens and sustaining the best grape harbor in our bucolic settlement, capped the pressure from demands of us children entering  puberty. I day-dreamed long and often, fantasizing on being loved and happy. My sisters were more fortunate. They had each other and were as close as peas in a pod.

I found relief and myself in music, particularly the alto saxophone. It was my only trustworthy companion. I will never forget the first time I heard Charlie Barnett on AM radio playing Cherokee and Redskin Rumba. Those and especially Charlie Parker’s rendition of All The Things You Are, challenged me. The drive engendered in those accomplishments made me realize, the onus was on me alone to make my life worth living. Dad hated Jazz. He called it folly music. I suspect though, in witnessing how the saxophone had become my bosom pal he tolerated it. Most likely, if offered him an escape from me.

The keen insight I developed from studying the complex dynamics in Jazz heightened my awareness of racist textbook obscurantism. Never in public school text books of my era did I read or see one decent thing that made me feel good about myself. My senses rejected it, my feelings flared. They would have peaked in the tenth grade if the music director had not recognized my fervent need to champion the alto. His friendship and tutoring resulted in my joining the high school marching band. While warming up to march in a Memorial Day parade, he heard me ripping off a few arpeggios of a Stan Kenton score entitled Artistry In Rhythm. Impressed though he was, a promise to develop an orchestra around me didn’t materialize. The following summer I read his obituary in the newspaper. If there is a God, I reasoned, why must I, like my mother, father, and sisters suffer so much misfortune?

My encounters with bigoted texts and teachers worsened. A confrontation with the minister on the first day of a religion course he taught kindled the fire. It shocked him to hear me boldly state that I deemed it necessary to study Christianity from his point of view because I didn’t believe the Black minister of my church. Months later, the school principal ordered me to explain why I, with an IQ among the highest, waste time after school shooting street-corner craps, instead of studying. Are you kidding me? With what? I know, he was trying to make me believe he cared. Like, what else is new? I delivered a morning newspaper. At best, after paying for weekly music lessons, I could maybe afford a Coke. On a good-pay week, that and a Mounds candy bar. Seventy or so years later, the non-fiction best seller, Lies My Teacher Taught Me, by James W. Loewen was published. When I told Dad my  plans to hopefully tour with a big name band, he surprisingly offered to help me go to college if I would become an AME minister. I rejected his offer, which put me in rock-bottom straits with him.

Alone in the world with respect for little except music, I contemplated my life, and expected nothing from it except Jazz. Yes, it was my only reason to stay alive. Regrettably, drugs curbed my jazz inspirations. Early on, I witnessed its crippling scourge. Though I progressed, it severely discouraged me from playing. During that time, a melancholy loneliness attached me. Love was a silly word mostly attributed to forlorn balladeers and blues shouters of the ’40s and ’50s. Lust though, wow! Those hormones coursing through my body sent me looking for what I did not know, though I quickly learned. Week-end gigs drew me into close encounters, and before long marriage and a son. My earnings were too thin to support a growing family, so I worked a back-breaking job in a steel mill. Naive to the bone and embarrassed by it, I enrolled in the Scranton International Correspondence Schools and became an avid reader. Interpretative writing really captured me. For lesson requirements I wrote snippers of how I really felt about myself. Yes, the harsh naked truth unsettled me. Fortunately, the camaraderie in training, and discipline required to succeed in judo helped contain the rage, while I concentrated on both my mental and physical growth. That necessitated writing about how Jazz affected me, as I drifted away from playing it. Religion meant nothing. I yearned to grow spiritually, and in my prayers for understanding, I asked God to help me circumvent bigotry.

My attention was drawn to Refrigeration and Air-Conditioning, a vocation then starved for qualified persons. I aced the entrance exam and studied at a vocational school, which resulted in a supervisory position in an industrial refrigeration facility. I enjoyed the work, greeted all challenges. After more than twenty-three years, most of them with a design engineering air-conditioning firm, the mental torment from a racist owner drove me onward and upward, at least I thought. The more respect I earned from customers, manufacturers’ reps, and other field service technicians, the more he resented me. He really believed I owed him my life’s allegiance for taking a chance when he hired me. We parted, though not before I had discreetly finished a course of study in radio, television and computers. Every day though, sitting in a pit surrounded by electronic equipment needed to chase  geometric waveforms across an oscilloscope screen bored me silly. It forced upon me a most serious self-appraisal. Without a college degree, I had reached the height of my career. An impossible challenge at mid-career with paramount family obligations.

Well, not quite, but damned impractical. I still chuckle when recalling friends who wrestled with my assertion that the unseen and unpredictable forces of destiny guided me. They, was well as the publisher of  the New Jersey newspaper where I requested an interview, believed someone told rather than believe that intuition inspired me to apply. That Paper and several news outlets, including the radio and television media, were seeking worthy candidates in order to comply with the 1968 report of the National Advisory Commission on Civil Disorders. It stressed the immediate hiring of Blacks and Latinos to redress the imbalance between minorities and White journalists. I worked as a reporter while attending Rutgers University, and earned a Bachelor of Arts Degree in Journalism. Writing articles of human interest and court trials, interviewing police authorities and defense attorneys, judges, criminals and innocent suspects inspired my desires to search deeply into the human condition. I maintained my emotional stability by writing reviews of performances, and stories of world class Jazz giants.

As my need to understand and interpret it increased, I earned a MFA, Masters Degree of Fine Arts in Writing from Vermont College of Fine Arts. I study spirituality as it is revealed in yoga and meditation. I write prose to encourage purposeful lifestyles, and fiction in search of the truth. My new work, Reap the Hot September Harvest, is literature that I shaped from the history of the Civil Rights Movement. Though I wrote it as fiction, the story it articulates is real.

My first novel, Truth Crushed To Earth, is based on incidents during American slavery that examined, and extinguished the bloated lie that slaves were happy laboring in “Massa’s fields.” In my story universal truth is revealed with likable folk modeled after their historical personas in situations that form the story’s rising and falling arc.